Posted on January 11, 2013 by thetravelingfoody

Welcome wonderful travelers and food enthusiasts to this week’s blog.   This week we visited some amazing towns on the North Oregon coast.  Between the diversity of the culture and of the coastal line, the coast does not disappoint.  The winter time is a wonderful time to visit the Oregon coast.  Not only is it off season but, the beach offers an array of visual stimulation.  The ocean has drastic features that will insist that you are watching.  The weather was mild during our visit.

We first arrived at our wonderful cottage at the Hillcrest.  The main reason we stayed at the cottage was it’s location to Broadway and the beach.  I didn’t want anything right smack in the middle of everything and we were not disappointed.  Even though the cottage was not directly on the beach it was a small block away.  The staffs at the Hillcrest are amazingly accommodating.  They offered us a few tips at some foodie places and were spot on.  Although, there are many places to stay on the prom in Seaside, there are few that give you that old style 1970’s beach apartment feel.  You know, the type of “Three’s Company” vibe and structure where in one of the two bedrooms the closet has a doorway to the closet in the living room.

Our trip takes us through Seaside, Ecola State Park, CannonBeach, Oswald State Park, through Wheeler, Tillamook Bay and into Tillamook.  Seaside is a popular destination with travelers and food and family attractions throughout the year.  One of the many highlights was waking up about 7am, drinking a cup of coffee, and walking on the beaches while watching the sunrise.

Bumper what? Bumper cars! That’s right.  Bumper cars.  Funland facilitates indoor electric bumper cars which twist this way and that.  Funland hosts hundreds of games to choose from and some really good pizza. Over 21?  Have a beer!  The 12 year old in you will come out when visiting Funland…. Either that or the good beer kicked in.

Ranked at seven on the Travel Channels “World’s Best Beaches,” CannonBeach is unlike most beaches in the world.  The beach is flat and goes on forever where the Northwest Territory stops right at the edge of the sand.  The rivers and streams from the mountains feed the Pacific Ocean with fresh cold water.  The monoliths are some of the largest in the world.  Haystack is the most famous of the monoliths and we captured some amazing footage for the Traveling Foody.   Some of our best footage was in and around Ecola State park where one location had a sizable film crew.   I then found myself describing the scenery using the best David Attenborough impersonations I could possibly do and many laughs were had.  That being said, Haystack and Astoria (a town north of Cannon beach), was the set location for “Point Break” and “Goonies.”

One morning we decided to head south and visit the town of Tillamook.  Tillamook is a well known place for their dairy and cheese making so we couldn’t wait to visit the factory.  Squeaky cheese and a homemade Tillamook grilled cheese sandwich were amazing.  The factory offers the visitors views of the cheese making processes and packaging.  While some were destined to try out their large selection of ice creams others were there for the jerky… That’s right.  They are also known for their jerky.  Down the street from the Tillamook factory was the Blue Heron French cheese company.  The farm is known for their brie.  The country story in front offers wine tasting, sandwiches and various products to experience.

You can’t travel without tasting the food and drink.  Here are a few places that are a must when visiting the areas.

The Oregon coast is captivating fun and wild.  It will pull you into its canvas and before you know it you are a part of the scenery.  Pictures speak louder than words I hear.  Here are a few that we snapped in and around the areas. 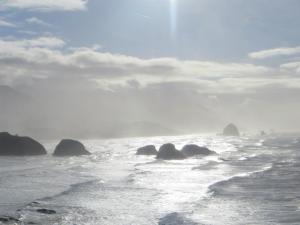 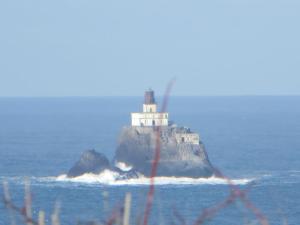 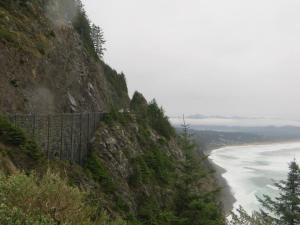 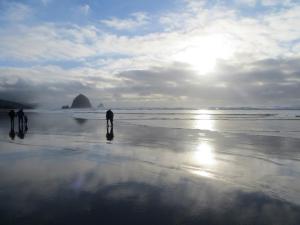 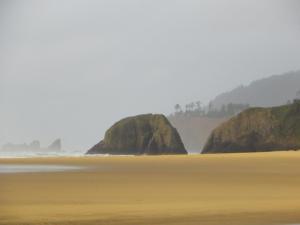 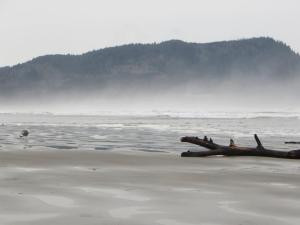 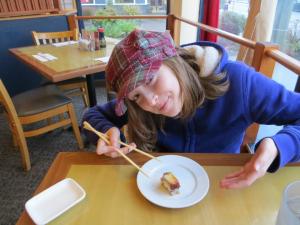 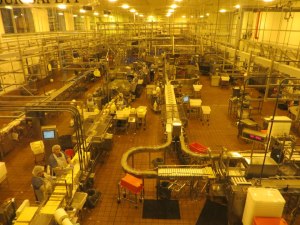 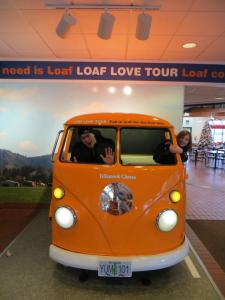